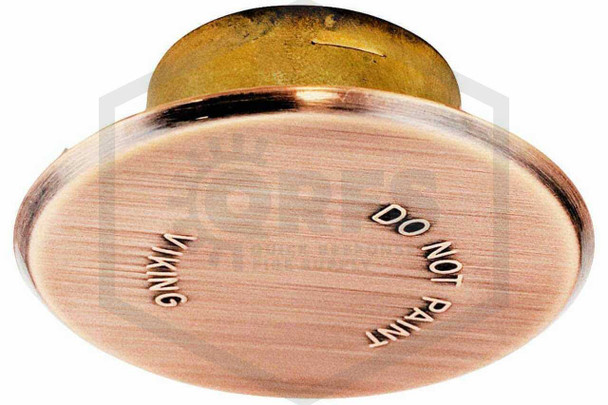 This Brushed Copper 165F (74C) Cover Plate Assembly for Viking Horizon Mirage Fire Sprinklers is listed by UL, FM, and/or other organizations depending on the sprinkler. When this brushed copper fire sprinkler cover plate reaches a specified temperature the solder holding the plate's decorative exterior on the frame melts, and the two separate. Cover plates in stock finishes other than brushed copper are available on our site, and custom-finished may be available by special order - call us at 888-361-6662 or fill out our contact form.

MSRP:
$24.99
Like a fire sprinkler, the Viking Mirage cover plate is heat sensitive. When it reaches 135 degrees Fahrenheit, the temperature-sensitive solder holding the decorative exterior of the cover plate to...
Add to Cart