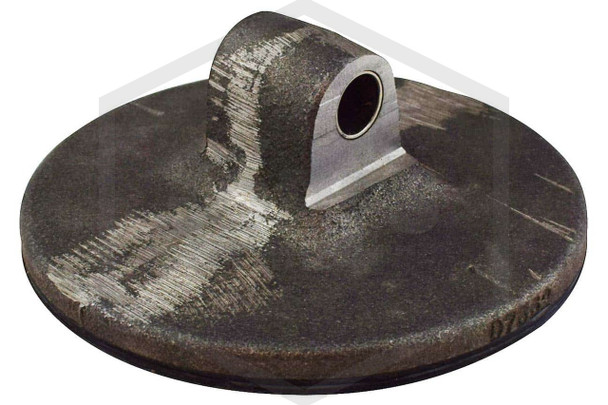 Viking Clapper Assembly for 3 in. & 4 in. Model F1 & F2 Dry Valves is a spring-loaded assembly designed to provide a positive mechanical seal, filling a dry pipe fire sprinkler system with water when air pressure drops. This clapper assembly is a suitable replacement part for select 3 in. (76.2 mm) & 4 in. (101.6 mm) Dry Valves manufactured by Viking.

To replace the existing clapper assembly in Model F1 & Model F2 Dry Valves, first ensure that the existing assembly is latched in the open position. Never reach into a dry pipe valve when the clapper is closed.

For more information, consult the repair and troubleshooting steps provided with your dry pipe valve.

MSRP:
$70.99 - $100.99
Exclusive liquid-filled 3-1/2 in. (89 mm) gauge designed with all the right graduations for water flow and fire pump testing. This gauge is considerably lighter and smaller than the industry standard...
Options

MSRP:
$59.25 - $89.25
3.2 in. Dry-Dial Pressure Gauge is designed and calibrated for water flow testing. This gauge delivers readings with 1% full-range accuracy on a stabilized, easy-to read dial with a knife-edge...
Options

MSRP:
$829.25
HT-90E Hydrostatic Test Pump provides up to 300 PSI of pressure and 3.0 GPM with a 1/2 HP motor. This pump has the power required for most NFPA hydrostatic tests on small and medium-sized buildings...
Add to Cart